"I feel so sorry for myself—and for Cousin—and for all the senile, lame and hurt people and fallen women—and the condition of the world—in which countries can be broken, people slaughtered and cities burned—that I burst into tears." 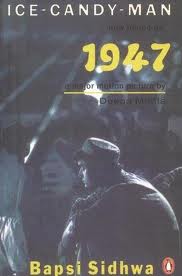 There are important strains of narrative which often history forgets to recollect. There are voices of countless millions which are muffled in discourses which tell us of our past. Thankfully, for the readers today, where the historian fails, the literary writer emerges and succeeds. It is a writer who dares to construct a parallel track of history which talks not of politics, or war, or heroes, or leaders, but of the silent sufferings of the oppressed masses who are most affected by events which can be considered watershed moments in history.

One such watershed moment in the history of not just India as we know it today, but the entire sub-continent is the Partition. Scholars have remarked that partition is one of those events which has not died, which continues to live on in the hearts and minds of people - which is an inseparable part of the story of the birth of our modern nation. However, partition was not just about Jinnah, Gandhi, Nehru or Mountbatten. It was not an event which can be surmised in statistics of death and destruction. The partition had many stories behind it, one of which Bapsi Sidhwa, is her acclaimed novel - Ice Candy Man - has tried to unearth.

Ice-Candy Man is a novel which shows you the pre-partition and post-partition world through the curious, innocent and observant eyes of Lenny - a 10 year old daughter of a Parsi household. Ridden with a deformity in her leg, Lenny is under continuous care of her Ayah - Shanta - who is perhaps the most influential person in her life. Ice Candy Man is essentially Ayah's story. It is the story of her world - the one of domestics - and of her  many harmless affairs with men belonging to her social strata. Of the many who admired her and had particularly obsessive-possessive tendencies towards her was the titular character - the ice candy man. Ayah, after flirting with ice candy man, finds comfort in the warm and affectionate presence of another of her admirers - the masseur. Our titular character does not take Ayah's transgressions lightly, and wrecks revenge on her in the worst possible way. 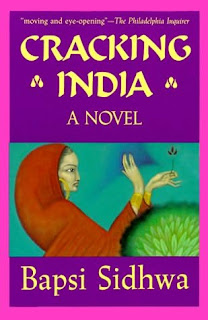 Besides the story of these individual characters, the story of a nation is taking shape in the background. India is on the verge of partition, and Bapsi Sidhwa, in her novel, has unravelled the impact the impending partition was going to have on the Parsi community in Lahore - a community which can be called the minority of the minorities. This community has a history of mixing within the cultural landscape of place like sugar in milk - but with an event as large as the partition looming large in front of their eyes, they could not remain totally detached from the fanaticism of communal politics being played out in front of them. One of the most powerful characters of the book, in fact, is a Parsi matriarch, called Rodabai - Lenny's Godmother - who represents a very firm and progressive facet of Parsi women in the pre and post-partition society. Ayah, being a Hindu residing in Lahore was one on whose body the frenzied destructive dance of partition had been performed - whatever little salvation could come her way came from Rodabai.

Bapsi Sidhwa, herself being a Parsi, has written a novel which is so credible in its delineation of characters and events, that it is not difficult to believe that a Lenny, or Rodabai, or Ayah might have existed in Lahore in 1947, to see their land being ravaged by the forces of communal hatred. This novel had earlier been published under the title 'Cracking India' - to signify the cracks which had occured not just on India as a geographical entity, but to emphasize on the fragmentation which had occured in psyches, cultures and among people. There are strong autobiographical tones in the novel, for Sidhwa also had a limp in her leg - identifiable with the narrator of the novel. The narrative dwells on not one, but many issues - political, communal and sexual. She does a wonderful job particularly of reflecting on the female condition. Even better is Sidhwa's prowess at characterization. The character of Ice Candy Man had been one of the most interesting and complex characters I have come across in fiction - and his psychology has been the toughest to decode. 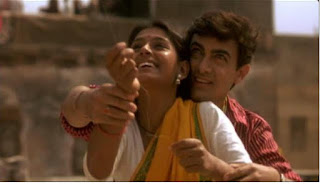 This novel was also adapted into a film by Deepa Mehta, called 1947 Earth. A great cinematic experience, the film however does not do justice to the novel's narrative, because it foregrounds the love story between Ayah, Ice Candy Man and masseur, leaving out the portrayal of many important issues Sidhwa dwells upon in the book.

The language of the book is comprehensible - the only problem a reader might face while reading is in terms of the continuity of narrative. The book follows a simple linear narrative technique, but takes a lot of leaps between scenes which make it difficult to keep pace. However, it is a novel to make you cry, to make you think, and to stay with you till long after as a blatant, but sensible reminder of all that was not considered important enough to be reported by historians. A 3.5 star book for me, but strongly recommended. I would have tagged this at 4 stars, but I read a few partition books in quick succession, and a few turned out to be a tad more amazing than this one.

I would also like to recommend two more works by Bapsi Sidhwa - Water and The Pakistani Bride - both of which take up serious social issue and present them to you in a manner which makes you sad, angry and finally leaves you in a contemplative zone.

Posted by Saumya Kulshreshtha at 11:45 PM