Urban? Civil? Progressive? In what sense? 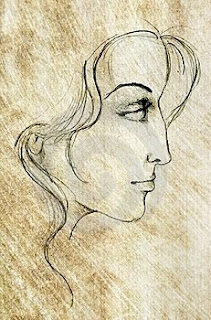 Today, after a tiring, and grueling session of some serious studies, I picked up my newspapers, desperately seeking some respite from my monstrous text books. In one of the leading dailies, I came across a survey, which made me really angry, and really frustrated so much so that the frustration caused by my text books seemed paltry. It was a survey conducted in, of all the places, (), which went onto proclaim that more than half of domestically abused females were positive of their male partners. The survey established that women who are physically abused by their husbands, stick by their husband, and desire to remain in that marriage, because they find their husbands protective and affectionate. Many, who live with chronic psychological abuse, still see positive traits in their abusers- such as dependability.

Personally, I have nothing to say on this. May be I have less of exposure on these matters, but I am still recuperating from the after effects of an honor killing case that took place in Naya Gaon, Haryana, about which I studied in a national level seminar, conducted by the Women Studies Development Cell, DU. Two lovers were mercilessly killed by their own family elders because of the sin of having wanted to marry in the same gotra. ( Gotra is a group that traces its descent from the same ancestor-it is forbidden to marry within the same gotra) This case is somewhat similar to the case being reported from Kurukshetra, splashed on the front pages of most of the leading newspapers of , that of a Khap Panchayat versus the Karnal High Court; but what I remember to be distinctly prominent in the case reported from Naya Gaon was the sequence of events that took place after the killings. None of the accused was convicted in that case, and the killings were gloriously given the name of ‘moral executions’, with overwhelming support from the village community. Also, in due course of time, the family of the boy and the girl met for talks, and unanimously declared the female to be ‘characterless’ (charitraheen), because she denigrated herself by shamelessly asserting her preferences publicly, where as the male, innocent, merely “fell prey to her charms”.

Now where does the story go from here, I have no idea. What I do know is, this is a perfect, and grotesque example of the sort of gender bias that pervades the whole of Indian society. We may very subtly shift out focus out of the rural domains to the urban areas, our habitats, and not find much difference if what we observe.

Gender bias is a story told many a times in . Ever since we were infants, we have in some way or the other, encountered an ideology that categorizes males as the superior section of the society. Since ages, our Indian society has been plagued with practices which violate the very rights of existence of our womenfolk, be it the archaic ‘Sati’, or the present day selective sex abortions. A clear manifestation of discriminatory practices against females is seen in the rural areas of , where, despite ages spent on women empowerment, the status of women has elevated only little to keep pace with fast progressing times. However, more curious is the fact that even the so called civilized and progressive urban areas have not yet fully adapted the concept of empowering our womenfolk with equal rights of sustenance in the society.

Based on this fact, I, the Vice President (and hopefully, soon to be President) of the Women Studies Development Cell of Jesus and Mary College, along with my team members, undertook a study to ascertain the extent of gender bias that exists in the urban areas of India. . It is very clear and evident to figure out cases in rural areas when we want to study discrimination against the fairer sex; but, it is not very easy to point out similar instances when we tilt our story towards the city life.

To collect data for our project, we prepared a questionnaire, consisting of questions looking to extract maximum honest opinions from the respondents. Though not prepared with professional expertise, this project, based on first hand data collected by us, looked, at least, to provide a glimpse into the sort of bias against women that exists in our present day urban habitats.

We began this project to delve into the details of urban gender bias, at each point, asking ourselves questions if it really existed. The dismal, but rather unambiguous answer we have arrived at is, yes, in some form or the other, the urban areas do practice discrimination against the fairer sex. Be it family or work place, a woman has to strive doubly hard if she is to establish herself as an independent entity in the society, because, given the advancement in our society, our women are still by far considered to be ‘dependent’ on their male counterparts. From a very early stage in life, a girl is made to realize she is a girl, and hence must adhere to a particular code of ethics, sans which, she is bound to be scorned at. In every other sphere of life, we have adopted the policy of ‘look west’, but, when it comes to our women; we refuse to abandon the decayed ideals on which our age old civilizations were based. Women idols are worshipped, yet women disregarded. There are exceptions to this inference at which we have arrived, and in good numbers, yet, when we interviewed the people who fall within the periphery of our immediate existence, we met with disheartening responses, with almost all the females we interviewed having faced some or the other form of prejudice against them at some point in life. Another promiscuous fact that stared us in our face while recorded responses for our project was the underlying current of hypoc 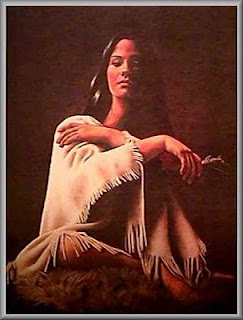 risy that has always characterized our Indian society. Given anonymous conditions, a lot more of our respondents opened up a lot more to quote personal instances justifying their stance, but when recorded on paper, most people gave responses that were either very ‘forward’. ‘idealistic’, or ‘diplomatic’. Even if a family was very progressive about the status of its females, they still are expected the perfect the ‘balancing act’, where as no such thing is expected from the males belonging to the same society.

Whatever the case is, we did feel at the end of our effort that despite all efforts at sensitizing the society about gender related issues, and putting policy measures in place for greater empowerment of women, the goal of living in a social that is totally free of gender related prejudices is a far fetched dream for us. I might even say it with personal experience, being a woman, was, is, and for some time to come, will remain a tough job.

Posted by Saumya Kulshreshtha at 1:25 PM

Email ThisBlogThis!Share to TwitterShare to FacebookShare to Pinterest
Labels: Being A Woman, causes